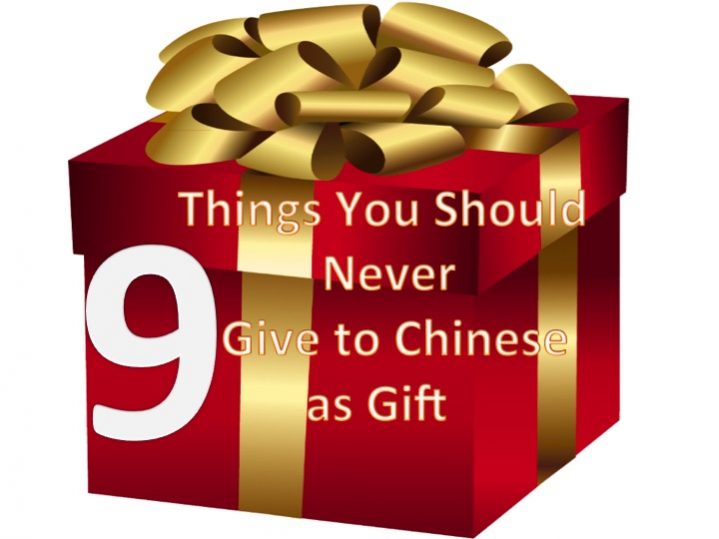 Gift giving is universal but not every culture has the same tradition. Gift symbolism and mannerism is a big part of Chinese culture. Here is a list of items you should never give to a Chinese as gift.

Giving an object that keeps/measures time is considered an abomination in Chinese culture. In mandarin “giving a clock as gift/present’ is translated as 送钟 (sòng zhōng), which sounds just like the words for being at a funeral ritual, 送终 (sòng zhōng). The clock symbolizes time is passing by or time is running out. If a Chinese gives you a clock as a gift, better look for the nearest airport and leave the country. Do not give Clocks as a gift in China.

Giving an umbrella as a gift in China very bad omen because Chinese translation sounds like “fall apart or lose”. The word for an umbrella in Mandarin, 伞 (sǎn), sounds just like the word for loose or fall apart, 散 (sǎn), thus representing that the relationship with the recipient has ended.

Mirrors are thought to attract ghosts in Asia. So it’s believed that giving a mirror as a gift cause the recipients to change for the worse.

It will interest you to know that the fourth floor does not exist in almost all buildings in China.
The Chinese pronunciation of the number 4 is 四 (sì), similar to the word for death 死(sǐ), so this number is considered unlucky.

5. Handkerchief- A symbol of goodbye forever